I’m glad to be a little outside, a little outside x2.
If I could show you how I feel if I could just be real,
I wouldn’t have to waste so much god damned time trying to read your mind.
I like wearin’ a mask: a hat and some sun glasses but perhaps I’m startin’ to see my costume’s stitched with futility. Cos CHORUS / We went to the art museum on a class trip. I stood to close to your arm and so I backed into an ancient artifact and I set off an alarm. So much for blending into the wall. That didn’t work at all. If I wasn’t scared right now I’d pay attention some how and stop acting like such a clown. But I figured out I’m see through, I’m see through as can be. Now I don’t need to waste my time living pretentiously tryin’ to figure you out. ‘Cause that won’t do much for me, I’d rather let you see that I’m / CHORUS / At least I make you laugh but I wanna tell you that I love you. I try to choreograph each time we pass but I should just take off this silly mask! ‘Cause OK, I like you being near, I need to have some faith and stop being such a deer caught in head lights because I cannot fight if you like me too, there’s not much I can do, at least you’ve seen me as a fool cause CHORUS
Rap Lyrics (Written by Natali Freed):
Sanity’s reactin’ a little outside in an insane world, an insane world.
Sanity’s reactin’ a little outside to an insane world.
Have you ever lost your keys have you ever dropped your phone into a stream? Have you ever been playin’ your instrument on stage and felt as if you’re gonna float away? Have you ever had vertigo or had to ask your friend what they said a moment ago ‘cause you were writing a song in your head when you wish you woulda been listening to their story instead? Have you ever walked into a store and asked yourself what the hell’ed I come in here for? Have you ever not wanted to turn out the light even though the person kissing you goodnight is perfectly alright yea ya believe and know they’re perfectly fine but you wanna wanna run? Are you the poster child of the lost and found are ya tryin’ to get your feet on the ground? Well there’s 3 things in this life that’ll cause a person to act a little outside: Love, Trauma & Poverty, look around I think you’ll agree with me! One person’s definition of insanity is another person’s coping mechanism for (their trauma) history and there’s no excuse for any abuse! No not any abuse! Well 1 day I picked up a pen and interviewed the characters in my head they were having a conversation. Dissociation Nation. I wrote down everything that they said some wanted me alive some wanted me dead they were giving me information, I asked them questions where they came from where they been, I tried to get them all to be friends, it didn’t quite work out but it’s not the end… Maybe they’ll trust me maybe I’ll trust them.
Well if you’re having trouble makin’ decisions, maybe you’ve got a chorus of opinions in your head if you’re having trouble making choices, maybe it’s time to name those voices. Did you know the human mind can think a whole lot of thoughts at the same time? Well if you’re having trouble getting your feet on the ground if your friend’s talkin’ to you and all ya hear is sound, well, maybe can you take a brief vacation, Dissociation Nation? Can ya choose or choose not to make any connections? And you can be present in any situation!
So, if your actin’ a little outside, maybe you’re fallin’ in love or maybe it’s something from your past or an unfair present circumstance – got you down, got ya not wantin’ to dance, and it may take a lifetime to recover it’s not fair getting yourself back together. But your worth it & can you restore, can you feel your feet on the floor? Believe in yourself, reach out get or give some help, Dissociation Nation, how’s that for your imagination. Get your feet on the ground, dissociation nation. Sometimes what you’ve lost can be found. 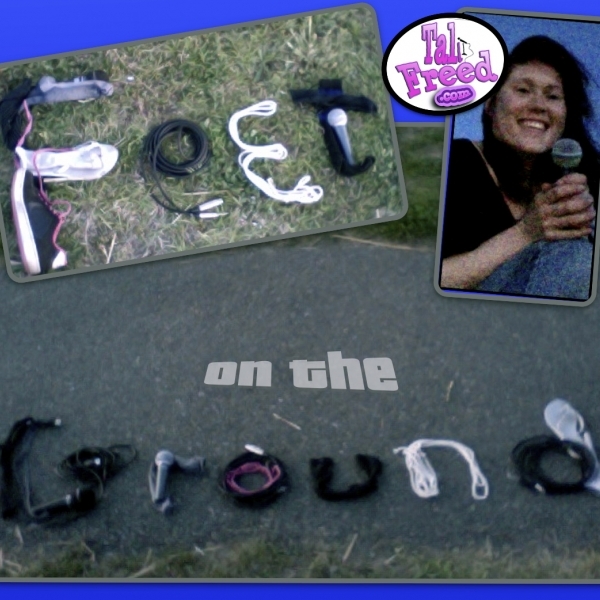